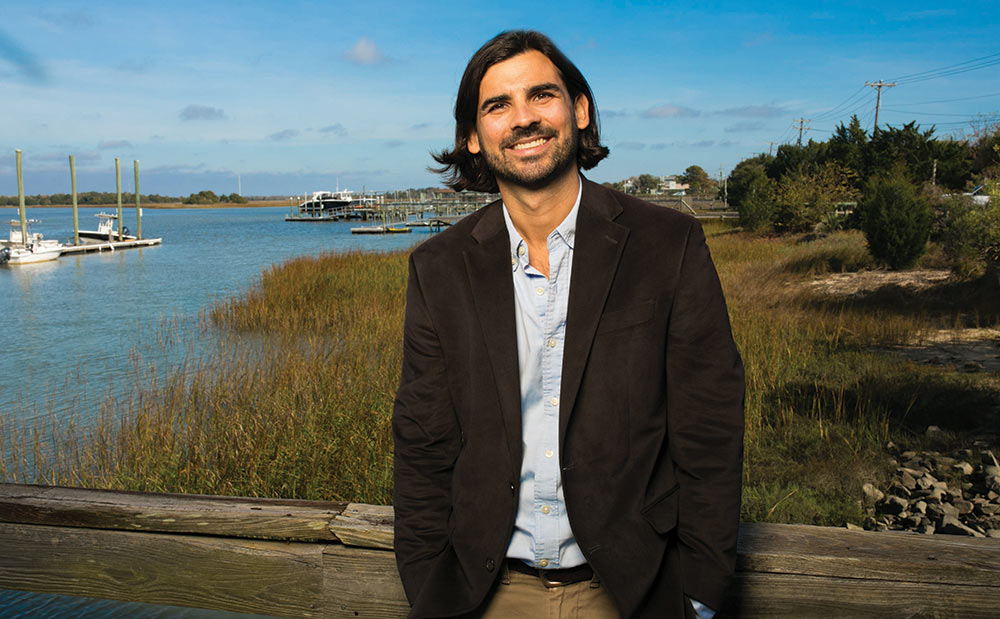 At the age of 34, John Moye has never had to make decisions that could affect the future of everyone living in and visiting one of the most popular vacation destinations on the Carolina coast. He had zero experience in government as he prepared to take the spot he earned on the Isle of Palms City Council in the Nov. 21 runoff election.

And he’s all right with that. In fact, he thinks his political inexperience might actually be a good thing.

“Being new to politics is a strength – a healthy naivete,” he commented. “Instead I have passion and energy. I’ll pursue things that others might feel are too ambitious.”

Moye added that he is “incredibly hardworking,” citing his 4.0 grade point average at the College of Charleston, both as an International Business undergraduate and while he was earning his MBA in Marketing.

“I’m willing to put in the hours and the effort to study what it takes for our city to be successful,” he said. “I don’t have all the answers, but I will work hard to obtain the knowledge to make sound decisions.”

Moye pointed out that local residents encouraged him to run for a seat on the Council, but he didn’t decide to throw his hat into the ring until he had a long talk with his wife, Christie. Married in October 2013, they don’t have any children, but they expect to raise a family on the island.

“I want Isle of Palms to be a great place to live for me and my family,” he said. “We would love for the Council to be reflective of the population of Isle of Palms, and there was no one on the Council with young kids.”

Though he lived in Mount Pleasant, Moye spent summers and weekends at his grandmother’s place in IOP. His father grew up on the island, working at the Recreation Department and at The Windjammer, and his parents moved to IOP when he was in college.

Though he thinks the city should spend money to maintain the marina, he was not in favor of putting IOP in debt by selling $5.5 million in bonds – at least not without assurances that the proposed improvements would benefit the residents of IOP.

“If we were going to be on the hook for debt, we needed some guarantees,” he commented.

He cited other issues that the Council must deal with. The city is already addressing its drainage problems, but decisions about coyotes and parking must be made sometime in the near future.

“Coyotes are a problem, and co-existence is not a viable alternative,” he said. “They are growing in numbers and forming packs.”

He said he’s not sure that paid parking on Palm Boulevard is the answer, but he “wouldn’t take it off the table.”

“It’s important to strike a balance, to provide access to surrounding communities while maintaining the quality of life in IOP,” he said. “We have to plan for the future and explore creative options.”

Parking, coyotes and drainage all are important issues, but, according to Moye, community involvement might be an even more critical aspect of maintaining the quality of life in Isle of Palms.

“When people are engaged, it’s only positive for the island,” he said.