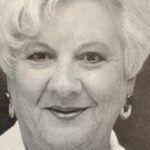 In August 1920, a baby girl was born in Brooklyn just days before women were given the right to vote. This proved to be quite the coincidence, since she would grow up to become the first female mayor of a small Southern beach town, the Isle of Palms. Like many women of her time, Carmen Ramirez worked as a typist when she finished high school. However, unlike most women, she … END_OF_DOCUMENT_TOKEN_TO_BE_REPLACED 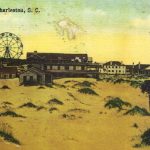 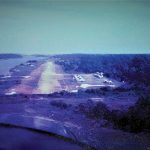 Once upon a time, before it had a bridge from the mainland, Isle of Palms had its own airport. You couldn’t fly directly to London or Los Angeles, but Atlanta and Altoona wouldn’t be out of the question. Perhaps the most important person in the history of this airfield was Haywood “Woody” Faison, who fell in love with flying at the age of 5 in his native North … END_OF_DOCUMENT_TOKEN_TO_BE_REPLACED 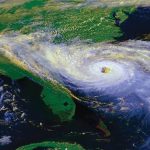 Directly after Hurricane Hugo in 1989, Publisher Bill Macchio revealed his limited-edition magazine titled “Hurricane Hugo: Storm of the Century” to residents of Mount Pleasant and the surrounding islands. This harrowing account by Jim Cox originally appeared in its pages. We hope you will enjoy the look back, and be sure to stay safe for this storm season. — by Jim Cox • … END_OF_DOCUMENT_TOKEN_TO_BE_REPLACED 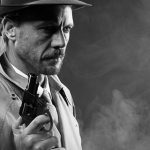 Back in the days when Elvis the Skinny was king and “gay” was synonymous with merry, there lived on the Isle of Palms a couple of big time New York gangsters. The gangsters’ sojourn on the Isle of Palms is a tantalizing tale of fact and hearsay sprinkled with the obligatory lineup of colorful outlaw nicknames. The facts of the story are as follows: In April of 1955 one Thomas … END_OF_DOCUMENT_TOKEN_TO_BE_REPLACED