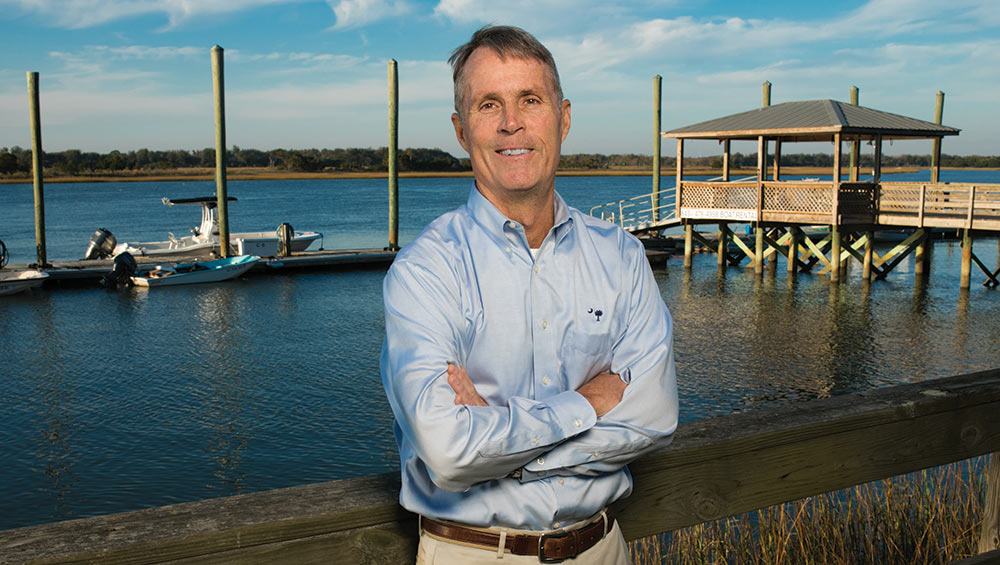 Randy Bell attended Isle of Palms Council meetings for nearly two years, voicing his opinion on a variety of issues, most recently the now-dormant plan to sell $5.5 million in bonds to pay for improvements at the IOP marina. Starting in January 2018, he will take on what certainly will be a more important role in determining the city’s future.

Bell was elected to the Town Council Nov. 7.

“I couldn’t change the Council from the outside, and I’ll certainly have more impact now,” said Bell, who earned a degree in Business at Rutgers University and worked in the IT industry for nearly four decades. “When you participate and become concerned, you wind up running for Council.”

Bell said his number one priority as a councilman will be to listen to the city’s residents. He pointed out that he would use his experience and judgment to make decisions on behalf of the residents of IOP. He criticized the current Council for what he called a lack of transparency, especially concerning a 30-year lease at the marina and the plan to borrow $5.5 million.

The referendum that would have given the Council the authority to borrow the money was soundly defeated in the same Nov. 7 election that swept first-time Council members Bell, Susan Hill Smith and John Moye into office, along with former Councilman Ryan Buckhannon and Mayor Jimmy Carroll, who defeated sitting Mayor Dick Cronin. All the incumbents who sought re-election were handed a pink slip by the voters.

“Local businesses are important, but they don’t take priority over the residents,” he added. “I’m going to work to find the right balance.”

Bell, who will be 63 in May, said the new Council should “take a hard look at the way we budget.” He cited several other potential problems that the Council should address, including the lack of a strategic plan.

“The city has a comprehensive plan, but I’ve yet to see a living, breathing document of what the future should hold,” he pointed out. “We need business minds on the Council to make decisions on behalf of our citizens.”

Bell added that the city must deal with other issues, such as establishing sound fiscal management and continuing to address the island’s drainage problems. Concerning the coyotes that have invaded IOP, he said the city needs “professional guidance.”

Bell’s family vacationed in Isle of Palms for a quarter of a century before they decided to relocate permanently to the island in 2013. Originally from North Carolina, he grew up in Eatontown, New Jersey, and also lived in south Florida before landing along the Carolina coast. He said many local residents encouraged him to seek a spot on the Council, adding that he sees no future in politics for himself beyond his current four-year term – and that he expects members of the new Council to work together for the betterment of Isle of Palms.

“I have no intention of running again at this point,” he said. “And I don’t expect to have things my way. I expect respectful debate and that we will come to the right conclusions.”