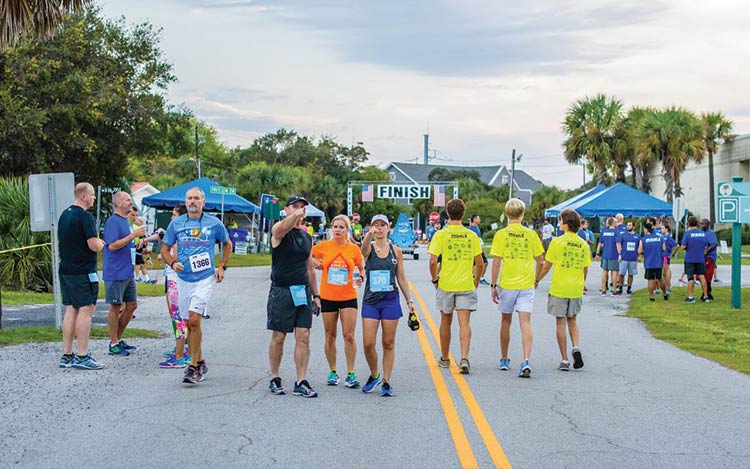 Running for the love of running isn’t always something people can get on board with, but just about everyone can appreciate running for a cause. This year’s Isle of Palms Connector Run and Walk for the Child celebrates 25 years of doing just that. Organized by the Isle of Palms Exchange Club, the annual race benefits organizations that work for the prevention of child abuse throughout the Lowcountry. 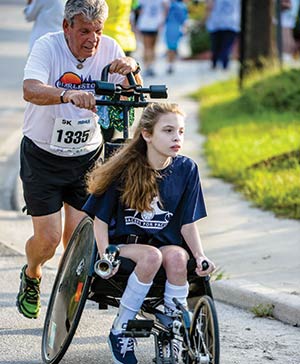 The IOP Exchange Club, which is part of a national organization, is a service-based club of “men and women working together to make our communities better places to live.” Made up entirely of volunteers, the local chapter works throughout the year to raise money and awareness for their cause through benefits such as the IOP Run, annual wreath sales and oyster roasts. To date, the IOP Run has raised over $1 million and counting.

The race itself, sponsored by MAHLE, will be held Oct. 7, with a start time of 8 a.m. sharp. The route takes runners across the IOP Connector – which closes to all traffic at 7 a.m. Participants can choose either the 5K walk/run or 10K run, both of which begin at the IOP post office. Runners who opt for the 5K will turn around halfway across the Connector, while 10K runners continue across the length of the Connector, heading back to Isle of Palms at the entrance of Seaside Farms. Both runs end at the Public Safety building on J.C. Long Boulevard with a well-deserved after party that includes award presentations, a complimentary beer garden, family fun and rockin’ music by local band Plane Jane.

With 25 years under its belt, the IOP Exchange Club is commemorating this milestone with a T-shirt designed by local businessman Kevin Curran, who won the design contest for the race poster and shirt. His vision, which perfectly captured the spirit of the Connector run, will now serve as yet another keepsake from this local event. 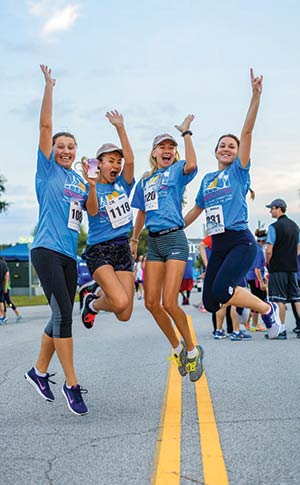 In the IOP Exchange Club’s continued quest to serve and celebrate the families of the Lowcountry, running strollers will be welcomed to the race for the first time ever.

Adding to the excitement of the race’s silver anniversary is the Exchange Club’s bold goal to hit a record-breaking number of participants, 2,500, to match the 25 years of the race. With this ambitious goal – almost double past participation numbers – the IOP Exchange Club, its sponsors and the community certainly have their work cut out for them, but, for Brooke Casey, it’s well worth the effort. The race’s marketing director, she volunteers her time and tech-savvy skill set for a cause she believes in. She said that she and her husband, Dimi Matouchev, offered their services “where they saw a need at the time.” Now, more than four years later, Casey and Matouchev – immediate past president of the Exchange Club – insist that “it’s important to us to fight for such a good cause.”

While participants can certainly “late day register” at 6:30 a.m. on the day of, there’s still time to sign up for phase two of the early bird registration, so walk or run to register at: http://ioprun.com/register/. Whether you choose to participate or cheer runners on from the sidelines, we can all agree that the real winners are those who benefit from this outstanding event. Register, run, celebrate and have fun – but don’t forget to stretch!

Kevin Curran’s Winning Run Design: A Part of Something Local